Australia is a country of unseen animals, endless beaches and great opportunities. It is the only state in the world that occupies the whole continent, and a number of islands in addition.

Australia was liberated from the British authorities more than a hundred years ago, but formally, still remains its dominion, and the Queen’s birthday is a public holiday. All this time the government of the country conducted an active policy of attracting people from different country. As a result, more than 20% of the population was not born in Australia. And in large cities, this number is approaching 40%. For this reason the comparative youth of the local inhabitants, the average age in the country is 36 years, in cities even younger.

The capital of Australia is situated between the two largest cities Sydney and Melbourne. As both these cities claimed to be in charge, it was decided to build and make the capital a new city, which became Canberra. The construction began in the early 20th century and was carried out according to the concept of “garden city” with a radial structure. Therefore, in addition to the surrounding forests, many sites with natural vegetation have been preserved inside the city. Australians often call Canberra “bush capital”. 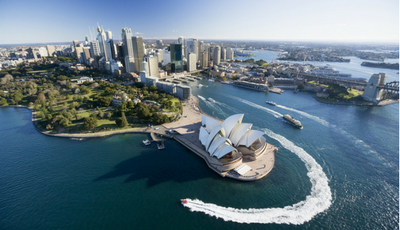 Sydney is the largest city of the country. More than 4.5 million people live in it. It was founded on the shore of Sydney Harbour, and then expanded into several more bays. There are the most famous symbols of the country – the Sydney Opera House and the Sydney Harbour Bridge, which often get on postcards, stamps and souvenirs from Australia.

Sydney is a dynamic, comfortable and vibrant city. It offers everything from free outdoors to relaxing in stylish cafes, bars and restaurants. And all this against the backdrop of spectacular seascapes. Sydney has more than 70 beaches. The far-western suburbs border with national parks, including the famous Blue Mountains Nature Reserve. The reserve received its name due to the evaporation of dense eucalyptus trees, which color the mountains in blue-gray colors.

Melbourne is another major city in Australia. It is a recognized centre of culture and sport in this country. Here are the largest and oldest universities. Exhibitions and shows, sports competitions, fashion shows and concerts are constantly held. Also, there are many examples of Victorian architecture that attract millions of tourists.

It seems that people from all over the world live in Australia. Therefore the country is an amazing symbiosis of cultural events, traditions (including food), music and festivals.

A lot of people are attracted by the quality of Australian education, which is at a very good level according to the evaluation of the International Student Assessment Program. There are both public and private educational institutions. The differences between them are in the way of financing the educational process and the material base. However, the level of education in any of them cannot be lower than the generally accepted state level. Schooling is compulsory. Then training can be continued at the bachelor’s master’s and doctoral levels on request.

The youth of the population determines the great popularity of sport in the state, which is firmly supported by government. Especially popular are team and water sports. The most popular in terms of the number of spectators attending is Australian football. This is something between rugby and soccer. The legacy of colonial times is the love of Australians for cricket, tennis and soccer. And of course, surfing, diving, yachting and swimming are the favorite pastimes of locals and tourists. 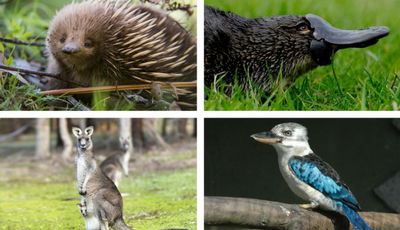 But first of all tourists are attracted by the unique flora and fauna of the country. Most of the vegetation and fauna are endemic, they grow and live only in Australia and the nearby islands. These are oviparous mammals, marsupials, snakes, fish, ostriches and other birds, as well as smaller and microscopic inhabitants of forests, steppes, rivers and oceans. The most famous of them are echidna, platypus, kangaroo and kookaburra.

Another incredible natural object – the Great Barrier Reef – is the largest coral ecosystem on Earth, stretching more than 2500 km. This is the largest formation on the planet made by living organisms (coral polyps). In 1981, it was listed as a World Heritage Site, and CNN awarded it the title of one of seven natural wonders of the world. The whole territory, which is almost 350,000 square kilometers (more than square of the UK) is considered a national park and is protected by special services.

Australia is one of the richest country in mineral resources. However, there are also problems, one of them it is a lack of drinking water. Most territory of the country consists of deserts and semi-deserts, and the river system is rather weak. Therefore, the country has strict official restrictions on the use of water. 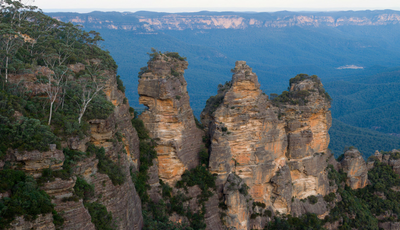 Australia is well-known as a very comfortable country for living. High level of security, friendliness of local residents, strong economy and stable political situation make it very attractive. Despite the fact that a large area of Australia is deserts and semi-deserts, there are also territories similar to alpine meadows and real tropical jungles. The pleasant and year-round climate with a warm summer and mild winter makes this country an excellent place for those who likes to spend a lot of time outdoors. Due to the multinational population and the intertwining of all kinds of cultures, life in Australia is not boring and it is always something going on.