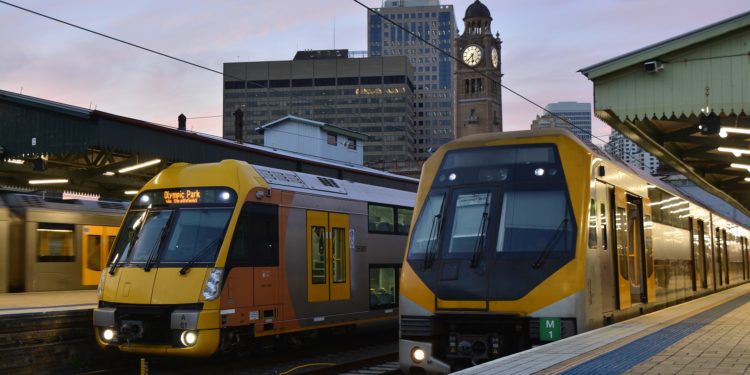 Because Sydney’s area exceeds 12,000 square kilometers, the city needs an efficient transport infrastructure. It is represented by different types of transport.

But today we will stop on electric trains connecting the centre of the city with the districts and suburbs. Mostly new double-deck trains run in Sydney. The seatbacks can be rotated and sit facing each other, if you are going by the company. The intervals between the trains vary, but in general, long enough.

The fare is paid using the OPAL system, which operates on all types of public transport in Sydney and throughout New South Wales. There is also a ticket system, but it is beneficial only with a very large number of trips per day. To register in the OPAL system, get a plastic card and link it to the bank. It is available for free at Newsagency and small shops of the type EzyMart and 7-Eleven.

There are 4 types of cards – adult, child, pension and student (or other preferential) In OPAL. Each passenger gets his own card. The fare depends on the distance and time of the trip (during rush hours – more expensive). To pay the fare you need to attach a card to a special device at the entrance and exit from the station. If you do not do it, the maximum amount for the day ($ 15 AUD) will be charged. To replenish the balance of the OPAL card, you can use bank card or special machines installed at major stations in Sydney.

There are 7 city and 4 suburban lines on which electric trains run:

The only regional line for 300 km from Sydney is “Hunter Line”. It goes to the north and has a bifurcation – to the towns of Skon and Dangog.